Structure of No.1 sea fort

No.1sea fort was made of rubble stones as dropping ripraps, and a breakwater wall with a large number of field stones stacked on top of it, surrounding around the fort, then filled inside with sands to construct an artificial island.

One of the characteristics of No.1 sea fort is that there are two rows of long large stones at the base and offshore to prevent waves.

Schematic cross-section of No.1 seafort

Battery of No.1 sea fort

At the beginning of the construction of No.1 sea fort (during the Sino-Japanese War), its armament was equipped with one 19cm cannon, four 12cm cannons andfourteen 28cm howitzers.

It is said that there was a major renovation work after the Great Kanto Earthquake, but the specific renovation time is unknown. 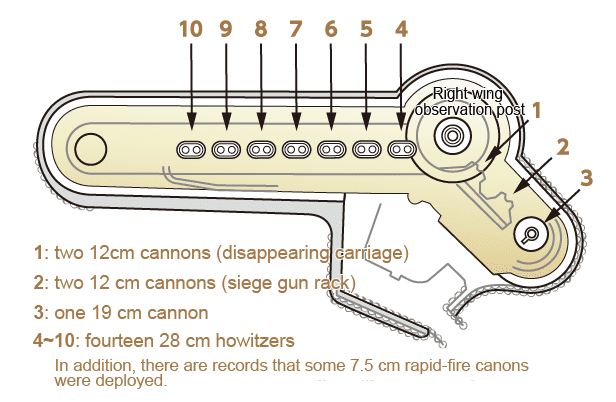 Deployment at the beginning of construction (during the Sino-Japanese War)
[Data] “Current Survey Report on Facility Structure around No. 2 sea fort in Tokyo Bay Central Route” Created from Figure-1.2.1 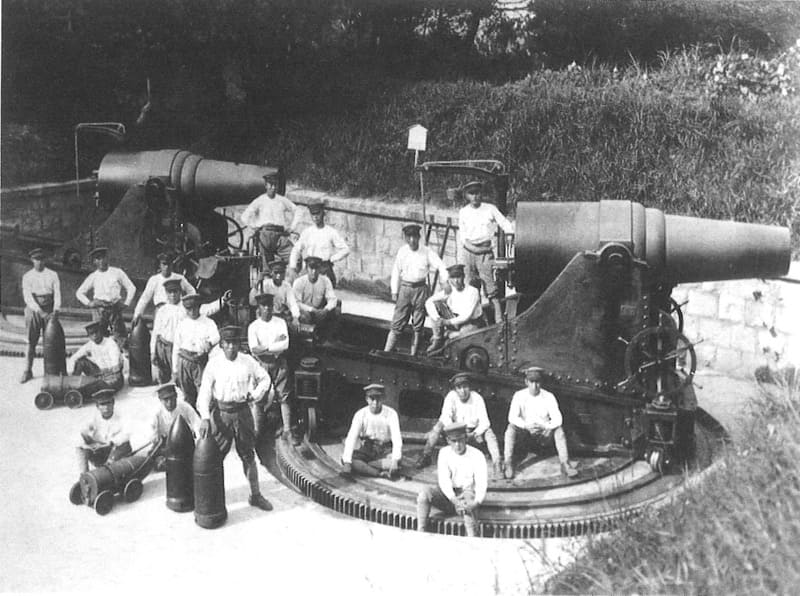 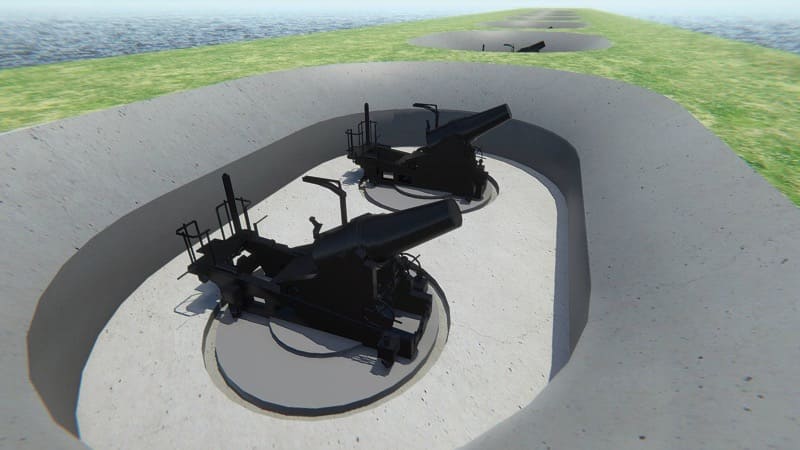