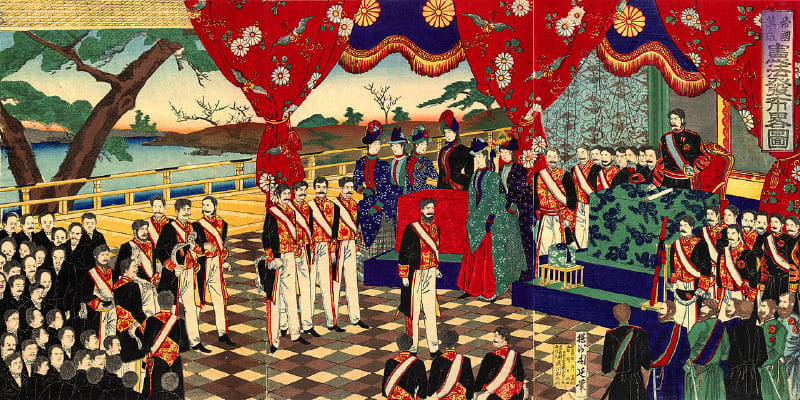 The Meiji New Government worked on “the Tokyo Bay Defense Program” to protect the Imperial Capital”Tokyo”.   Much were not conveyed because it belonged to “the Tokyo Bay Kaibo (sea defense)”and was a military secret.

On the other hand, there were also voices inside the Army advocating the construction of embankment at a bay mouth to prevent the invasion of foreign warships, not the sea fort. Actually, in 1880 (Meiji 13), they built a water breakwith 3-4 tons of stones and conducted stability experiments against waves. So you can see that various considerations were made without swallowing the opinions of the employed foreign military personnel.

Anyhow, it began with the Egawa plan in the late Edo period, then the planning of foreign soldiers in the early Meiji era, and through various researches inside the Army, finally the construction of the Tokyo Bay Sea fortress began.