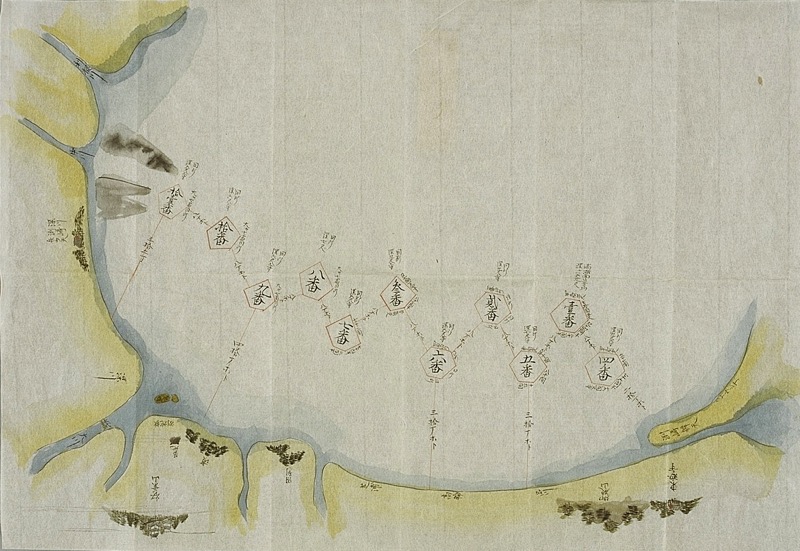 Egawa Tarozaemonhidetatsu ordered by the Shogunate again to plan the Edo Bay Marine Defense after the arriv- al of Perry, proposed the construction of Shinagawa Daiba as the last defense of Edo along with the defense line from Kannonzaki to Futtsu Cape. Based on this, the first artificial island in Edo Bay was constructed.

And this proposal was taken over by the Meiji new gov- ernment after the Meiji Restoration, and followed by constructing batteries on the coast of Edo Bay, and then proceeding to the construction of a sea forts, forming the foundation of “Tokyo Bay Fortress”

Currently, only the Third and Sixth Daiba remain in Shinagawa, and the Third Daiba is part of Daiba Park.