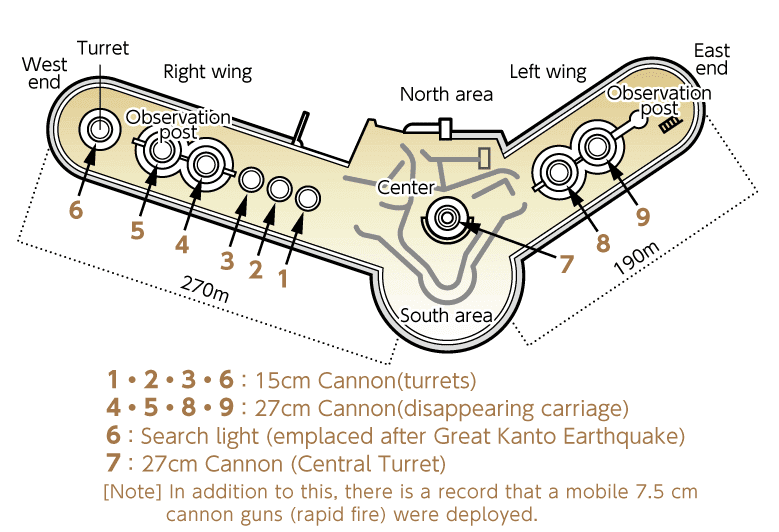 Foot wall and back wall of upper part installation of No.2 Sea Fort were made of bricks and those most important facility such as gun platforms of 15cm cannon and 27cm cannon (disappearing carriage) and ceiling parts were made of concrete.

Battery has many installations in it to exert its combat power such as gun platform, ammo storage, and ammo loading chamber,observation post, light room and living space for soldiers.

Especially for turret guns those facilities other than most upper part of firing chamber, such as hand operated power room to move guns and ammo depo and ammo loading room were all constructed underground. And you can easily see how difficult the work was. 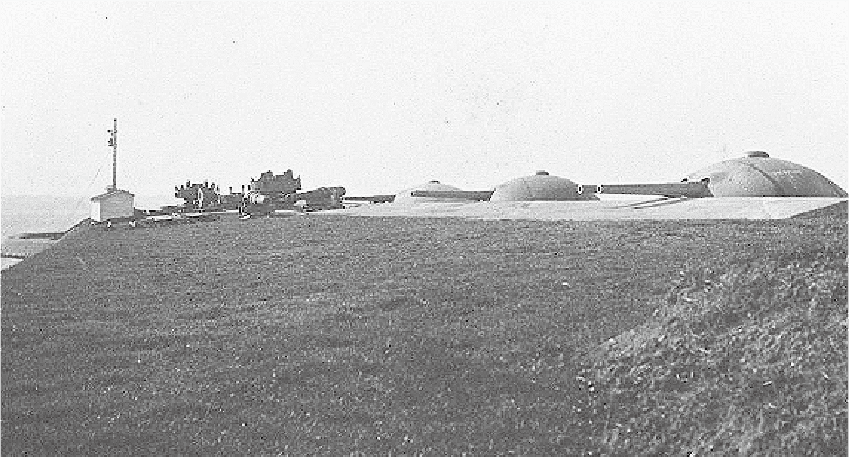 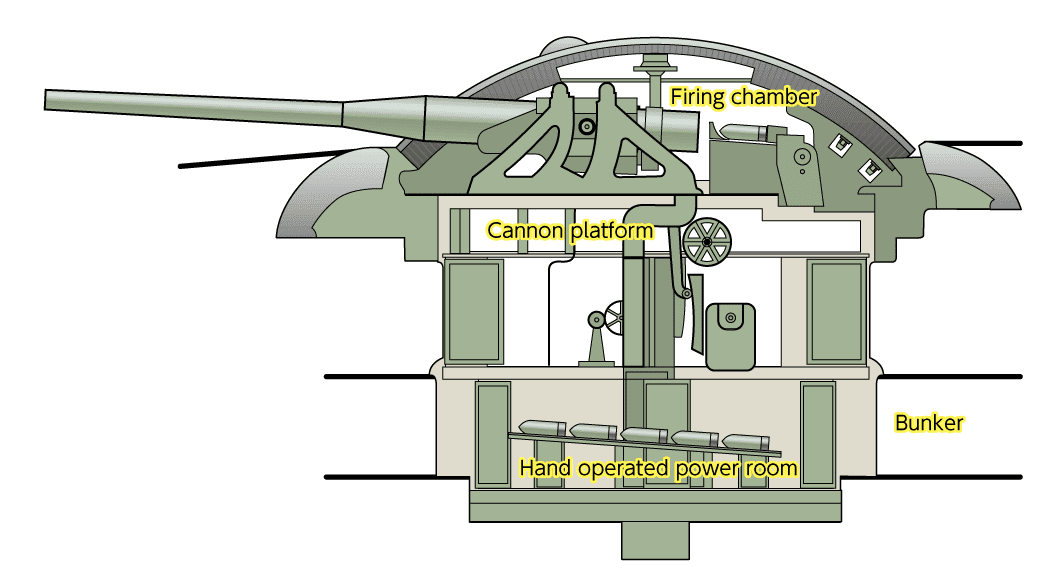 << Feature of bricks construction of No.2 Sea Fort
>> High construction technology that was requested to provide to United States.