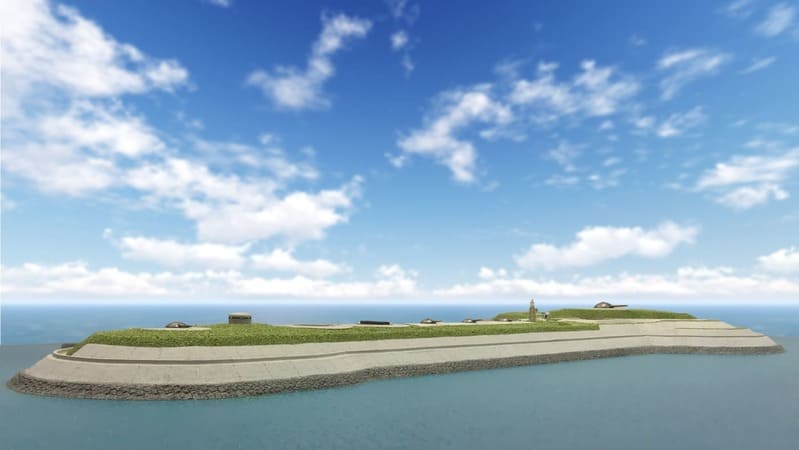 Revetment work also adopted for construction of the No.3 Sea Fort.

No.2 Sea Fort was the artificial island constructed on the seabed of 8 to 12m depth and 490,000m3 of stones and 300,000m3 of sands were used and 540000 labor forces were employed.  Due to its deeper depth, they couldn’t lay blocks directly from the seabed but threw huge amount of rubbles for bottom raising up to sea surface and then laid stone blocks on them to construct the bank body of island.

To throw rubbles into the target position, they put the buoy to identify the area and moored the loading vessel (Godairiki sen or Daruma sen) and from which they casted rubbles. Although those rabbles were mainly salvaged from the coast nearby, stones for the revetment body were most probably from Manazuru. In this way, No.2 Sea Fort construction was completed after 25 years of its start in Taisho 3 (1914) under severe sea weather condition, in spite of many times of destruction caused by Typhoon ocean waves during construction. 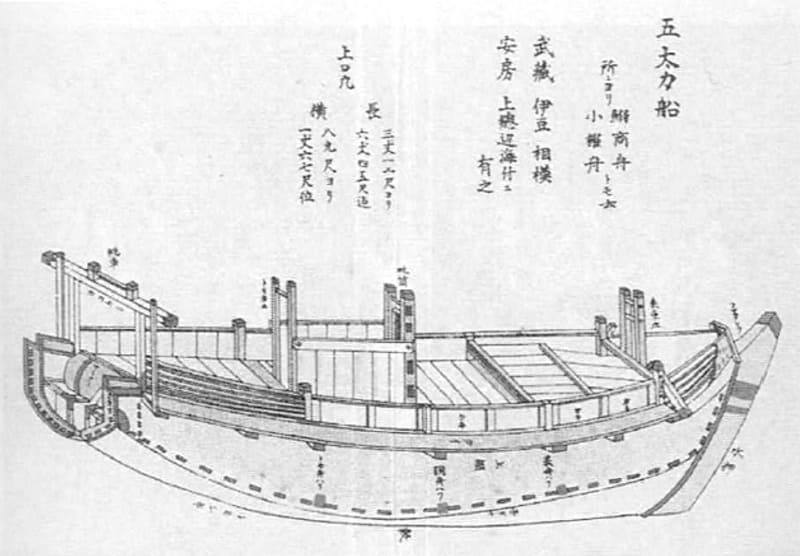 Standard cross section of bank part of No.2 Sea Fort

“Kenchiishi” used for revetment cover is Anzangan rock (andesite) and its quality is very hard and dense enough not to collapse even being exposed to winds and rains long time. Its shape is long rhombus with 1m square face and 1m length.

<< Feature of battery and armament of No.2 Sea Fort
>> Akinori Nishida, the creator of Tokyo Bay Fortress.